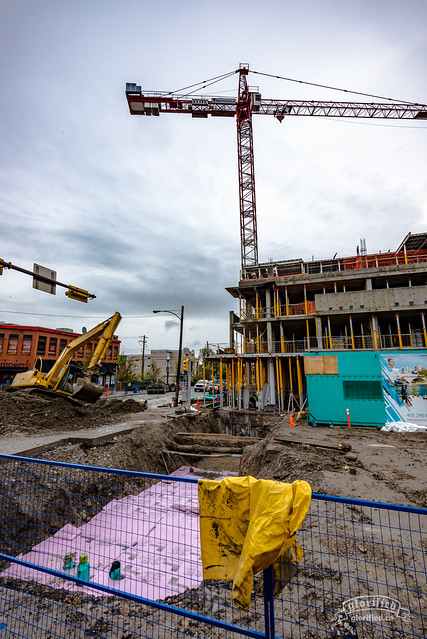 “People talk about ‘gentrification’ and drop the word like it’s a weapon or something… I don’t think a lot of people really know what it means. Mostly, I think people are scared of the idea of gentrification. Like a bunch of stuffy people from other cities are going to come here and buy property, speculating that it’s going to improve at some astronomical rate.

I think the truth is that this is how things go. They go in cycles. It’s not like this property has never been valuable…. it’s just been used and enjoyed in a way that we all got used to: cruising the streets in the summer, Salsa Fest, the coffee shops, the bong stores, the tattoo places, the tea shops, the clothing stores, the pubs–there’s an ass for every seat. There’s a tenant for every condo. I just wish the fucking landlords would figure out that they need to work with the businesses that lease their properties.

Can you imagine being in a place like Vancouver where nobody local actually owns anything? Not the business spaces, not the condos, not the houses? It’s all multi-nationals. That’s my nightmare. Not this ‘gentrification’ idea that’s buzzing around.” Name Withheld. Construction crews tie the new Lido and Kensington Condo buildings into the local power and service grids.