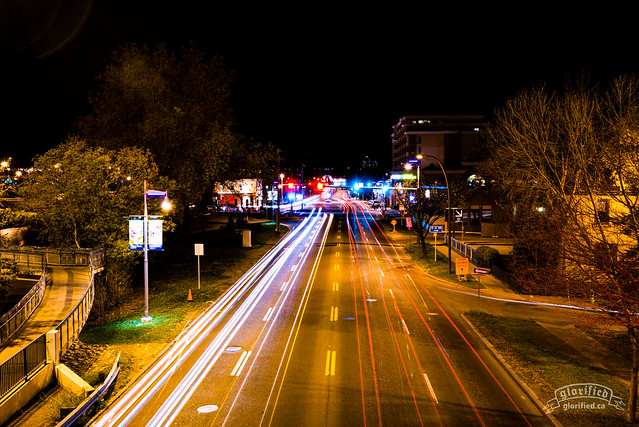 “Memorial Drive (formerly Sunnyside Boulevard) is a major road in Calgary, Alberta. Besides having an important role in city infrastructure, the tree lined sides of Memorial Drive serve as a living testament to the many soldiers who died during World War I and give it a parkway look on the western section.

After the First World War, a number of groups and individuals came together to plant a tree for each fallen soldier of the Great War. The hope was that a living memorial would bring solace to grieving families who did not have graves to visit. On May 11, 1922, the first tree was planted on Sunnyside Boulevard (now Memorial Drive), between ninth and nine-and-a-half St. N.W by Mayor Adams. Planting continued steadily through until 1928 and a grand total of 3,278 trees were planted.