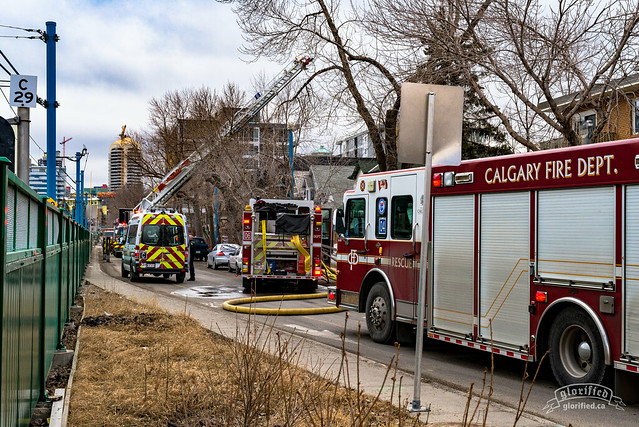 One of the houses featured in day 84 of Sunnyside365 has caught on fire. The Calgary Fire Department hasn’t stated the cause, but my guesses are the squatters who were living in the house caused it. It’s unfortunate to see that this is how the developers who buy up property treat our community.

Kudos to the Calgary Emergency crews who responded to this call, they prevented something careless as this from becoming something really terrible. Those houses are all wooden framed and abandoned. It could have been so much worse.