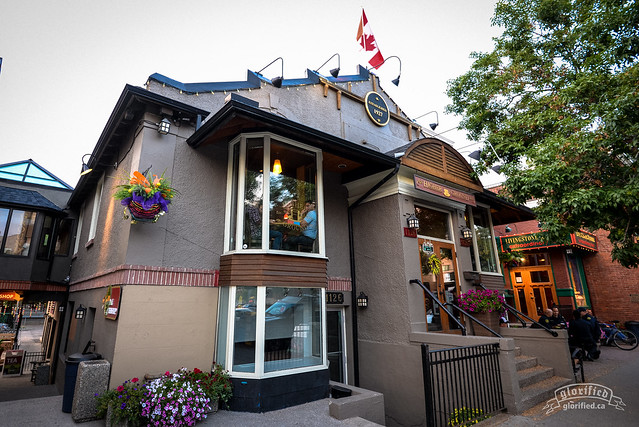 The building at 1126 Kensington Road was constructed in 1926 to be the home of Calgary’s Freemason Lodge (to be fully established in 1927).

The cornerstone (which was placed in 1926) was later relocated in the more recently built Masonic lodge on 12th avenue SW. The site was decommissioned as a meeting hall when the new meeting hall was built in 1984. The building was renovated extensively for retail use in 1995.

These days, the address is home to one of the neighbourhood’s favourite coffee shops, Higher Ground. Naked Leaf Tea Shop has their establishment and small patio (best kept secret!) around the west side.

Next time you’re in the vicinity, see if you can find the 3, 5, and 7 steps of King Solomon which are common in many Masonic structures!