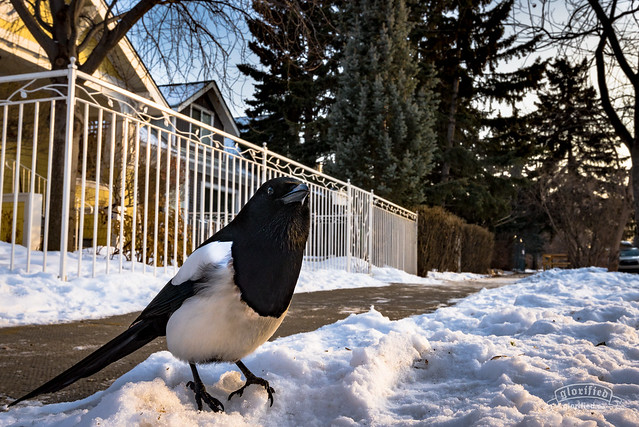 The Black-billed Magpie is a member of the Crow family. These birds are synonymous with their urban environments, as they’re known to thrive wherever humans tend to settle. As well, they’re one of very few North American birds that builds domed nests.

Magpies are also known to a habit called ‘Scatter Foraging’ and will often hide excess food in small caches around the vicinity of their homes, poking holes in snow or dirt with their beaks and pushing bits of food down the cavity they make. However, always the opportunistic scavenger, other Magpies keep on the lookout when members of their species are hiding goodies under the snow for them to steal.

In Calgary, Magpies used to be colloquially called ‘Cowpies’ because of their habit of flipping over cow and horse poop to snatch at the grubs and bugs underneath.