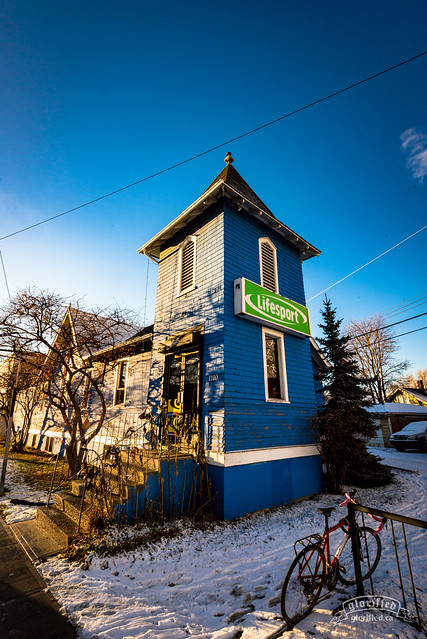 “Twenty-nine years we’ve been in business. You know ‘Grass Roots’ down on 10th, that was our first location. Where ‘Fresh’ is was our second. We moved here in late 2000/early 2001.

This building used to be a Baptist Church–it was built about 1907. There was a lady named Mrs. King, apparently she was one of the first black women who lived in Sunnyside, she used to sing at the church and people would sit on their porches and listen to her because she could really belt it out and I guess that was the only entertainment of the time. I guess without any cars or traffic noise, it would have been easy to hear.

Roughly in 1970 it was deconsecrated and shortly afterwards it was a hippy art collective, a theatre, a Korean grocery store and, prior to my arrival, a wedding boutique. They built the Tae kwon-Do place about then.