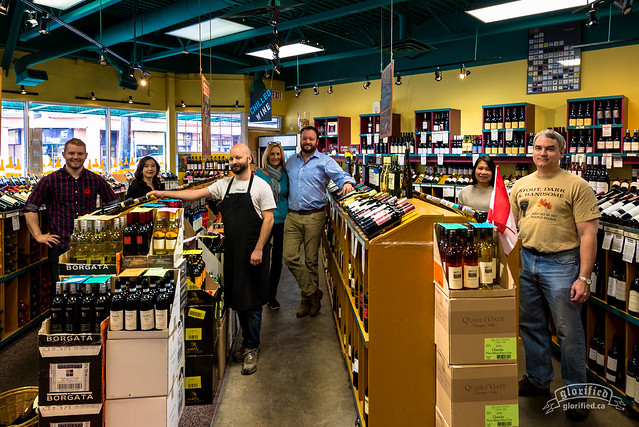 “There’s a nice sense of community that we love about this neighbourhood and that’s one of the things that drew us to starting our businesses here. It’s a little village. You can walk down the street and grab a coffee, grab some lunch, do some shopping, all in a four block radius.

We were one of the first privatized liquor stores in Canada.

We were named runner up for Whisky Retailer of the Year 2015, by Whisky Magazine in their “Icons of Whisky – Rest of the World Category” (excludes Scotland and the US). We took 2nd place behind “Berry Bros and Rudd”, which is a high honour considering BBR is also an independent bottler and owns the Glenrothes single malt brand. We are the only Canadian store to have been so considered, as we have been the last 3 years!

This is more than just a shop, there’s a lot of people who like to come in every couple of days that like to just chat with the staff because we’re local.” Andrew Ferguson, Owner, Kensington Wine Market