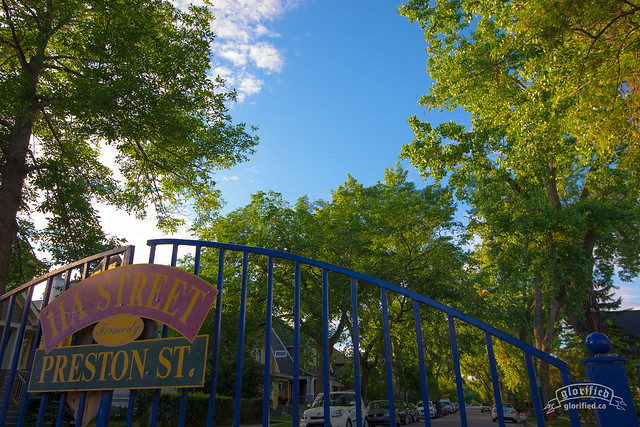 “When farmer-politician Ezra H. Riley subdivided Hillhurst in 1904, he chose British street names such as Kensington Avenue, Gladstone Road, Preston Street and Beverly Street. The city annexed Hillhurst in 1907 and before long, most of the street names were changed to numbers. Kensington Avenue became Centre Avenue, and served as the dividing point between northwest and southwest Calgary. When the quadrant boundary shifted south to the Bow River in 1926, Kensington Road acquired its present name.”