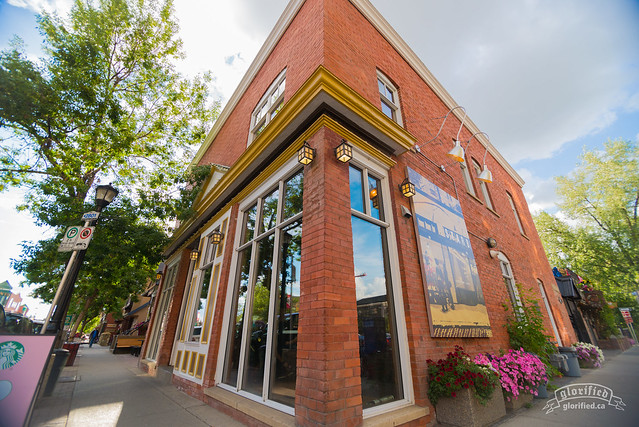 “Completed in 1911 at an estimated cost of $3,500, this Edwardian commercial structure was originally named for its owner, Yorshire-born John Smith, who died the year it was built. Early businesses in the Smith Block, such as the Hillhurst Confectionary and Ice Cream Parlor (1921-32), the Model Meat Market (1926-28) and the Hillhurst Shoe Hospital (1930-52), reflected the quiet, working-class character of the neighbourhood they served.

Walt Healy, whose landmark motorcycle dealership on Tenth Street NW later made him a household name in Calgary, lived in one of the upstairs apartments in 1934-35. The building was renamed the Hillhurst Block after Alma Smith, John’s widow, sold it in 1925.”