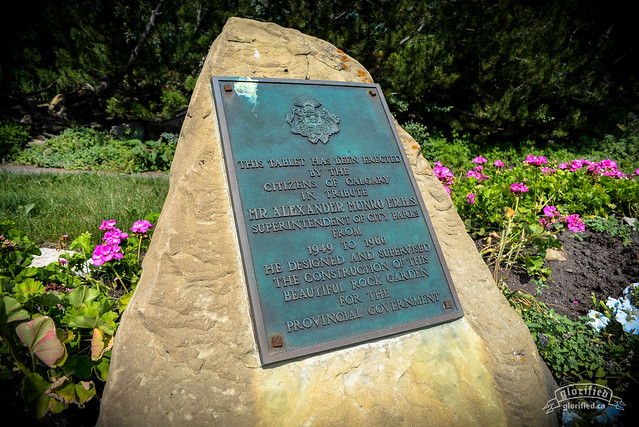 Patrick Burns (July 6, 1856 – February 24, 1937) was a businessman and philanthropist during the founding of Calgary. Having made his fortune in the cattle industry he came to be known as one of the “Big Four” Calgarians.

During the landslide that destroyed the town of Frank in Crows Nest Pass, Burns was the first to send aid, dedicating everything he could in his power to help the victims of the Frank Slide.

When Guy Weadick was developing the idea of the Calgary Stampede, Burns donated $100000.00 of his personal wealth to help the Stampede get on it’s feet – adjusted for inflation, it calculates to over $2 million in money today.

Patrick Burns died in 1937. Shortly after his death, his mansion was torn down to make space for the expanding Colonel Belcher Hospital.

The Senator Patrick Burns Memorial Rock garden was built using over 20000 stones from his demolished mansion.”