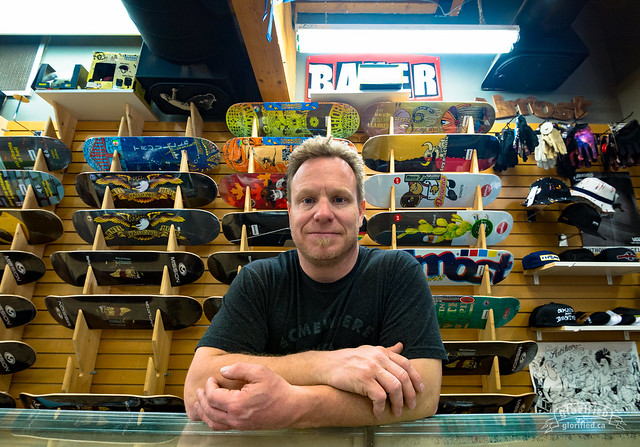 “I wanna say that Mission has been in this location for about thirteen years. It all started with Ken Achenbach and his family running the Snowboard shop and for a while they had a location down on 17th Avenue. Later on, Mission opened up in that space but operated as The Snowboard Shop for almost a year. Then we closed the McMahon Stadium location and opened up this one here. That was thirteen years ago. We just closed that location down a year ago and we run everything out of the Kensington location.

I just like the vibe in this neighbourhood. People are really laid back, nobody seems like they’re in a rush. You see a lot of the same faces–like a real community.” Ken Dowdle, Co-Owner Mission Snow, Skate And BMX.