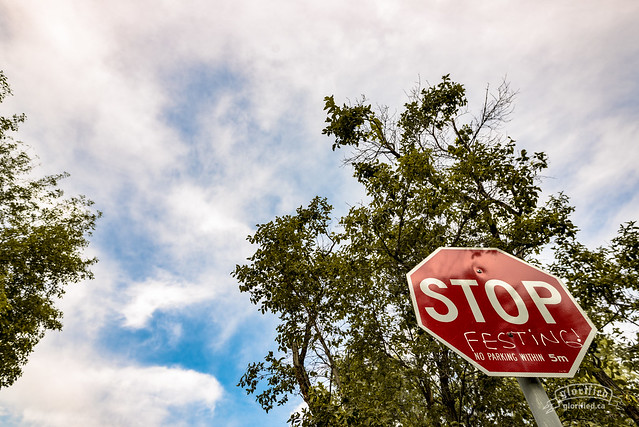 “The shipping container village was supposed to be removed next summer, now I’m hearing that it’s going to be extended at least for another year while the city figures out what to do with the space. They had a community forum where they wanted to hear what we all had to say, but the longer it went on, the more obvious it was that we were just there as a formality. I was told that if I didn’t change my attitude, I wouldn’t be invited to the next one. Can you imagine?

Beakerhead was supposed to have another one of their dance parties here, but we made sure they couldn’t. It’s too loud, too late at night. Don’t they realize that there’s a lot of senior people? I live in one of the houses that faces the container village and trust me, there’s some shady activity that happens there some nights.

But I suppose that’s the neighbourhood. I’ve lived in Sunnyside for my entire life. The people west of 10th are snooty, the people east of 10th are the weirdos. My photo? Ha ha ha, you don’t need an old lady’s face taking up space on your project.”