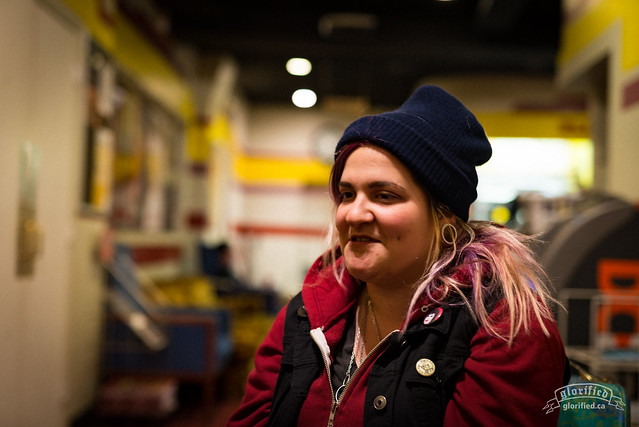 “I grew up in Calgary. I like the history and the opportunity to come over to this neighbourhood. I didn’t choose ghost hunting, it kinda chose me. I’ve been doing this for about ten years. I’ve been all over the U.S.A. ghost hunting and meeting with paranormal investigators.

I’ll be interviewed on Wednesday at ‘Late Night at The Plaza’ where I’ll be sharing some footage recordings of the ghost hunts I’ve been on. You can actually hear some pretty spooky recordings.

The Plaza theatre itself is an old place, the building is almost a hundred years old. They get spooked out in certain areas so they want to see me in action. I’ll be ghost hunting there too.” Robyn, local Paranormal Investigator and Ghost Hunter. Catch her on Wednesday October 28, 10:00pm at Late Night at The Plaza, Plaza Theatre on Kensington.