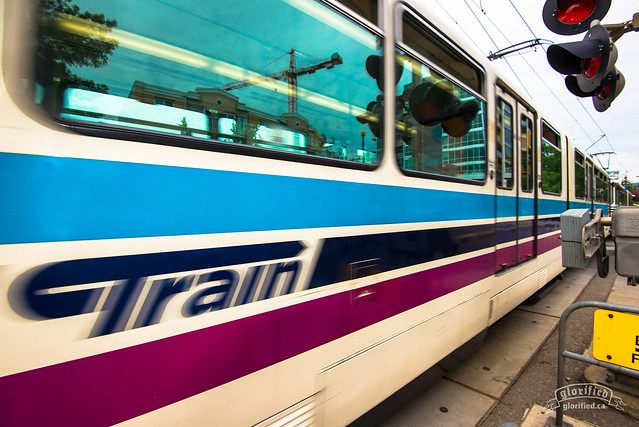 “The Sunnyside C-Train station opened in 1987. It was controversial because members of the community pushed to prevent the stop from construction due to the demolition of homes and the disruption of 9A Street N.W. (a number of homes and apartment blocks which were not demolished were left with no front street access). Nearly 30 years later, the rumble of the train is a familiar sound.”