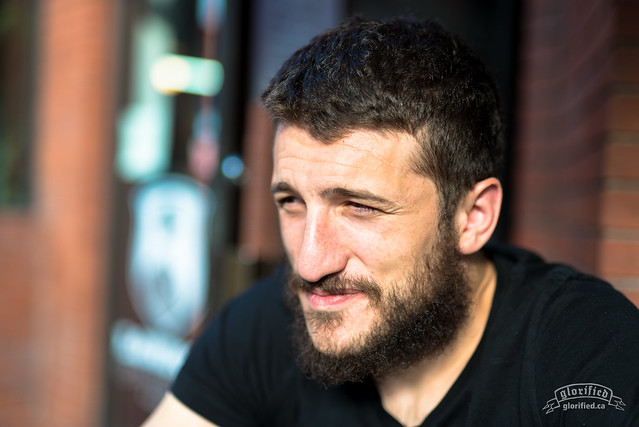 “I was sitting right here a couple of days ago when these two guys started fighting. This one guy was just beating the hell out of the other one, so I jumped in.

I got them separated and just held the one guy there. He said he was done fighting, but I could tell that he was ready to go again. I think the scrap was about money or something. I knew if I let him go, he’d start punching the other guy, so I just held them there for his own good. Eventually the cops came and sorted it out. It could have ended up way worse.

That’s the thing about people: you gotta look after them, even when they don’t know how to look after themselves, y’know? Jump in and do the right thing. It also helps when you’ve been training in Brazilian Jiu-Jitsu as long as I have.”