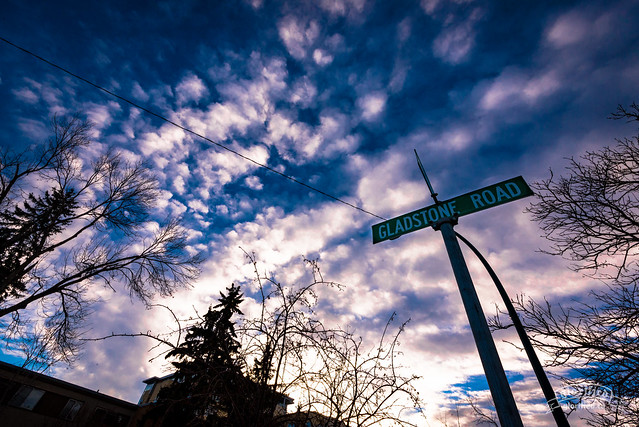 Over a hundred years ago, the area of Sunnyside and Hillhurst was a swampy area consisting of run-off sloughs from Hounsfield Heights, North Hill and Crescent Heights. Many parts of what we now call Sunnyside and Hillhurst were difficult to traverse and, as a matter of fact, had to be carefully navigated when navigating the shore of the river to the banks of the bluffs.

However, years later, there’s still evidence of the what the pioneers who settled in the area, and the First Nations that came before them had to deal with.

Take for example the natural dip in the terrain between 10a and 11 Street on 3 Ave. The homes had to be built with a natural descent in their grade to the back alley to allow for drainage.

The road was originally a part of a trail used by the Blackfoot Nations as a foot path from the bank of the Bow River. They used to bring their canoes to shore at an inlet on the Bow just by the 14th street bridge and walk the trail (now Gladstone Road) to ascend the bluff to hunt game. Even part of 4th avenue, as you cross 10th street is part of this Blackfoot Nations shortcut to the McHugh bluff. Although it probably wasn’t called that when they used to use it.