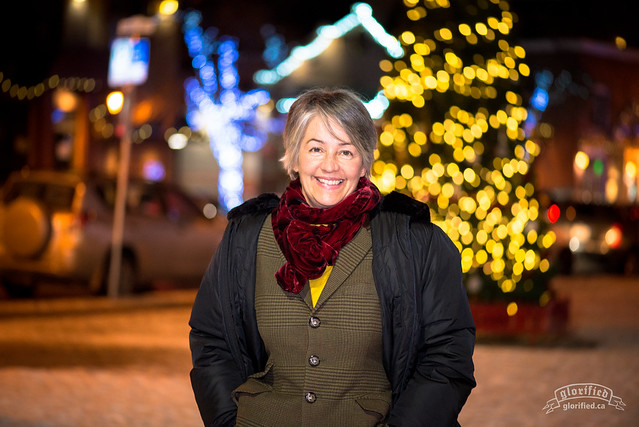 “I’ve lived here for thirty-three years. I was a community activist with the Hillhurst-Sunnyside Community Association, I had a small clothing business and I was involved with the BRZ. I started the inner-city coalition and became involved in city issues. Bev Longstaff was the councillor for the ward and decided to run for Mayor. I decided to run and was elected City Councillor of Ward 7 in 2001.

I remember back when a lot of these businesses opened: The Roasterie, Lifesport, Killian… this was a really bohemian place. There was an opportunity for local ownership and there wasn’t a great deal of competition from the big chain businesses. I think it has a lot to do with the affordability. There’s a lot of change in this community and it’s a real challenge to newcomers.

It’s interesting because when we moved here, many of the houses had rental suites for the students for ACAD, SAIT, or the university. There’s been so many redevelopments of these little houses that we’ve lost affordable places for students. It changes the diversity of this area.

What do I love about the neighbourhood? Hillhurst-Sunnyside is my home. I love… How would I describe…

It’s a community that prides itself with its quirkiness and its heart. It welcomes strangers with open arms.

On my street, back in the 90’s there were two sisters who had become collectors of all kinds of things. They also had about twenty dogs, so you can imagine what their home was like. The City Bylaw became aware of it and wanted the house to be condemned and cleaned out, then the community association heard about it and volunteers were lining up to help these ladies. They stripped the home down to the studs and renovated it, cleaned it out and would come back and check in with the sisters to make sure they were okay. It’s extraordinary to see the community come together to help out–same as the flood a few years back.

There’s something about this place that perpetuates the neighbourhood spirit. It gets into your blood.” Druh Farrell, Ward 7 City Councillor, City of Calgary