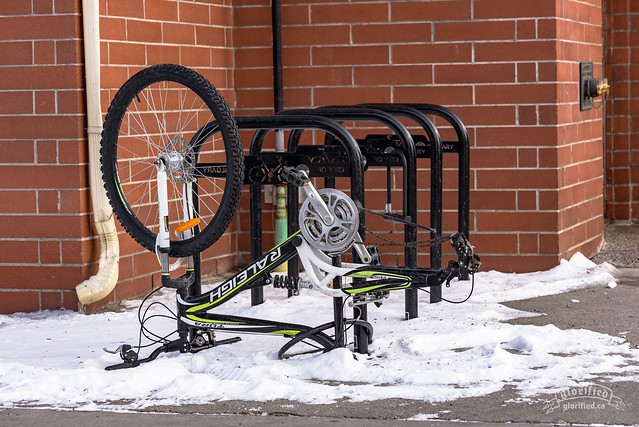 “Police statistics reveal 3,002 bicycles were reported stolen in 2,554 separate incidents from Jan. 1 to Dec. 15, 2015. But it’s believed even more bikes have been lifted this year, noting ‘a tremendous’ amount of bike thefts are not reported.” A vandalized bicycle remains chained to a rack on Kensington Road