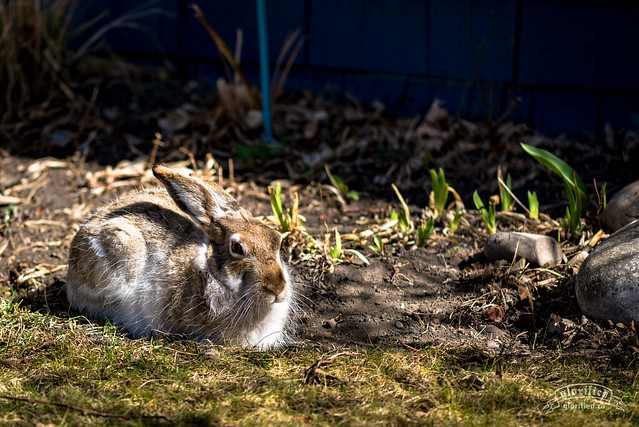 “The white-tailed jackrabbit is a large species of hare and the largest species called ‘jackrabbit’.

It has distinctive, large, grey ears with black tips which are chestnut brown and white on the inside and the long, powerful hind legs characteristic of hares. The back, flanks and limbs are dark brown or greyish-brown and the underparts are pale grey.

In northern populations, this hare moults in the autumn and becomes white all over except for its ears.

They attempt to evade detection by crouching in the vegetation where their cryptic colouration makes them difficult to observe. They may slink away, but if detected, they bound away at speed, adopting a zigzag course. They can run up to 55 km/hr and leap up to 5 m.”